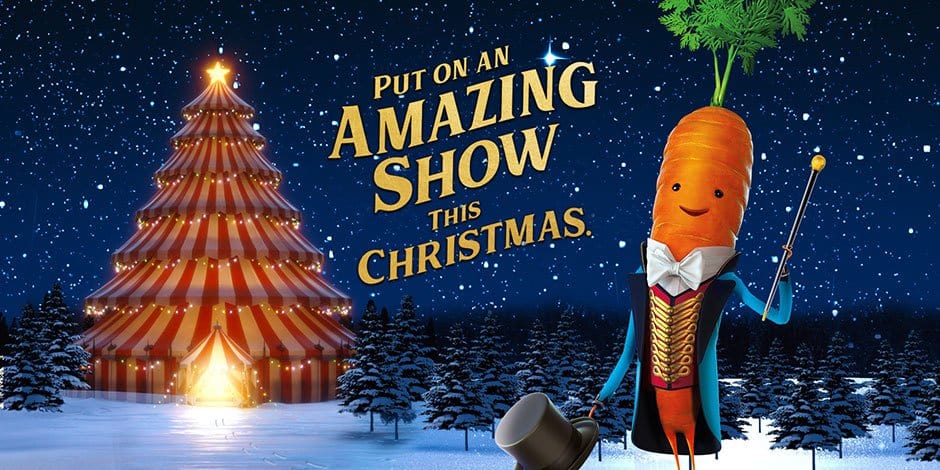 Did you manage to see all, or most of the Christmas ad campaigns this year? We had a whole host of offerings displayed to us from the likes of John Lewis and Waitrose, Sainsbury’s, Tesco, Asda, Aldi, Lidl, M&S, Walkers and Amazon…and the list goes on.

Read our blog about the UK retailer’s festive ads

It was an impressive commercial array with what seemed like something for everyone; feeling, emotion, humour and festivity. However, as with all good performances, critique and analysis should always follow:

Using information from leading research, data and insight company Kantar – shared exclusively with Marketing Week – we can get an idea of whose offering was best received on the whole.

The researcher asked almost 3,000 consumers what they thought about this year’s crop of Christmas ads, based on eight key measures to determine viewers’ motivation to buy in the short-term and contribute to the brand’s long-term success.

With its ‘Put on an Amazing Show’ 2019 ad, it seemed to be Aldi that achieved an impressive ‘tick all boxes’ score and as such, Marketing Week considered the ad to be the year’s most effective Christmas marketing campaign.

So, what criteria is being looked for?

Well, to measure as successful; there’s a tick list. An ad needs to create emotion, grab attention, immediately motivate, be brand memorable and feel different, whilst importantly, demonstrate the joy of Christmas. It’s a lot to live up to in a mere 30 second slot. However, it’s interesting to use Kanter’s marketing standards to see what we respond to and actually prefer as an audience.

The trend of recent years has been to play up the Christmas emotion card and bring a tear to the eye. It’s been suggested that perhaps too many retailers have now saturated this route, but when it comes down to it, is it actually our favourite narrative, or do we want something other than sentiment and a festively light moral lesson?

John Lewis and Waitrose’s story of Edgar the Dragon did score well on the Kantar chart and succeeded in creating memories, but it didn’t rank as well when it came to driving short-term behaviour and sales.

Asda too had a mixed review, because while people said the ad made them feel emotional and Christmassy, it failed to make it clear that the commercial was for Asda.

The report suggests that M&S’s clothing and home struggled in this area too, as did Boots and Debenhams, while for Lidl the issue was around emotional engagement.

However, back to Aldi’s reported success:

This year the German retailer told a story of Tiny Tom rescuing Kevin the Carrot from the Leafy Blinders against a backdrop of enticing festive food and drink. It ranked highly on emotional impact and viewer enjoyment – coming in within the top 10% of all ads on Kantar’s database (not just Christmas ads), as well as driving long-term brand growth.

The ad won’t have been cheap to produce. It’s rumoured that its backing track is actually sung by Robbie Williams, who according to Celebrity Talent, would cost between £500,000 and £1,000,000 to appear at a private event (although if it is him, his fee to feature in the Aldi ad, even in voice form, is so far unknown).

Such a sum is not as weighty as the price Walker’s allegedly paid for Mariah Carey’s campaign support this year, which was said to come in at a whopping £9 million (however for the price, Walker’s scored in the top range for metrics, creating an ad that proved enjoyable, attention grabbing, celebratory and well branded).

There are definitely achievements for all in the analysis, and it’s difficult to create one advert that can appeal to all. What we deduce from Aldi’s successful review, is that the retailer achieved a balance – creating an ad that was considered enjoyable, attention grabbing and memorable.

In the round, it can be said that Christmas ads with their exciting build-up and heralding of the Christmas shopping season, offer an ideal platform for retailers to build their brands. Now more than ever, they set the scene for creating brand perception, rather than pushing the impulse to buy specific products (excluding the associated ad character toy!) and if this is the seasonal goal, then Aldi seems to have scored.

In recent years, it’s become traditional for the John Lewis Christmas advert to herald the beginning of the UK’s festive season, together with the launch of a shopping spree capable of significantly...
Read More

With political parties condemning opposition Coronavirus tactics left-right-and-centre, and US Presidential Candidates openly sniping at one another from the campaign debate podium, it comes as a...
Read More

Cost effective, design focused, results driven: Is it time to bring Email Marketing into the mix?

With the events of recent months leading us to increasingly perform our business ventures at a screen - whether desk based or mobile – could it be time to consider upping activity on the popular...
Read More

How Covid-19 could change the view from our media window

With the media landscape changing in front of our very eyes at present, it will be interesting to see just what ‘post-covid’ social, media and online information delivery will be like, as the...
Read More

Right now, (end of May 2020), we're more than two months in to the Covid-19 episode of lockdown and from a media point of view, it’s been interesting to see how the advertising messages we’ve been...
Read More

Keeping the wheels in motion

Our office doors remain closed for the time being, as we work together to keep families, communities and clients safe during the COVID-19 pandemic - however we’re still open for business and are...
Read More

The changes in voice, tone and message that have occurred across creative marketing campaigns since the Coronavirus began to affect the UK have been dramatic…and instant, with an influx of companies...
Read More

At the agency (which is currently split between our various homes), we’re taking personal and professional notice of the campaigns companies are putting out there to guide us during this constantly...
Read More

The way that the Covid-19 pandemic is affecting us - and the information we’re receiving to respond to the crisis - changes daily. So too do the advertising routes companies are adopting to adapt...
Read More

So, home based workers of the UK, how have you found the first fortnight of doing your job from your kitchen/bedroom/garage? We’re now entering week three, with the McConnells’ team doing what they...
Read More
Our website uses cookies. We'll assume you're ok with this, but you can opt-out. Cookie settingsACCEPT
Privacy & Cookies Policy