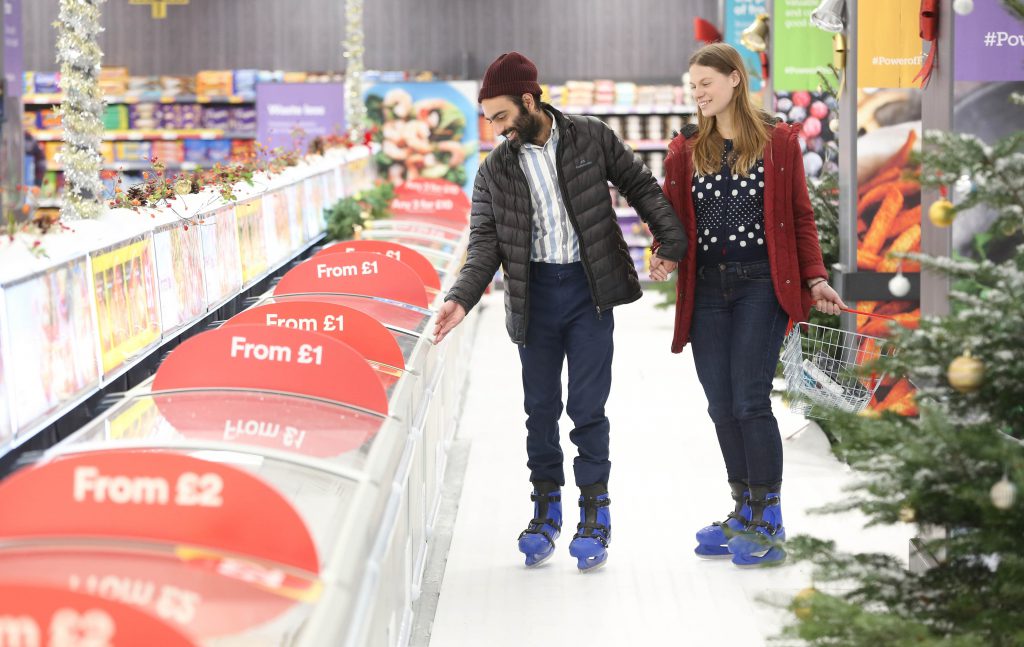 In the news this week…

Over on the other side of the channel, Coca-Cola and UberEats are about to offer free dinner delivery to those who work Christmas Eve.

Those working the night shift in France will be able to have a meal, cooked by friends or family at home delivered to them at work, should they be doing their job past regular business hours.

The campaign created for the Coca-Cola European Partners and UberEats application partnership, has been titled, ‘When Christmas Feels Like Home,’ and has been designed to speak to everyone who has to work on Christmas Eve, missing the chance to sit in on family dinner. As such doctors, midwives, security guards, hotel staff, and firefighters will be able to get dinner, prepared by their loved ones and delivered free, directly to their place of work, by UberEats.

Publicising the campaign, a film directed by Julien Guetta featuring a night watchman, preparing for an evening at work on Christmas Eve has been launched.

The spot will run on social networks, along with an in-app promotion and assorted digital content.

Iceland gets families together with ‘Shopping on Ice’ store pop-up

Frozen food specialist Iceland is back in our industry’s news this week, following the attention the supermarket received when its banned palm oil campaign was named the most ‘powerful’ Christmas advert.

This time we see the store refitting its Stratford store with 250m of synthetic ice, in a fun bid to enable adventurous to make more of their Christmas food shop.

Neil Hayes, marketing director at Iceland says: “At Iceland we know Christmas is an exciting time, however it can be a struggle for lots of families as there’s so much to do. We wanted to add some magic to Christmas food shopping and the in-store skating experience has certainly done that.”

A locker room has been made available for shoppers to don their skates before being let loose in the slippery store – specially commissioned after the retailer found that 83% of parents wished they had more time to enjoy the Christmas holidays while 89% of their children found the Christmas food shop to be boring.

The retailer has taken the precaution of installing ‘penguin aids’ to help skating shoppers stay safe on the ice.

He has pointed out that gambling firms splash out five times as much online as they do via TV and has expressed concern that this approach will further elevate the importance of the largely unregulated digital domain.

As a result, it is thought likely that marketing spend will simply be diverted from television to online outlets.

Writing in The Times, Rooyen said: “You could be forgiven for thinking that this sounds a reasonable plan. The truth is, the facts paint a very different picture. What the RGA has failed to address is the inconvenient truth that over 80 per cent of the gambling industry’s advertising is in the largely unregulated online world.

“If the RGA and gambling companies are serious about protecting vulnerable gamblers, then they should start by looking at where they spend the most money, what has the least level of regulation and where there is most evidence of harm: the online world.”

Last month Sky agreed to voluntarily limit gambling ads to one per commercial break and enabled AdSmart technology to enable viewers to block gambling messages if they wished.

Analysis by GambleAware indicates that 80% of all gambling marketing spend is now allocated to the online sector.